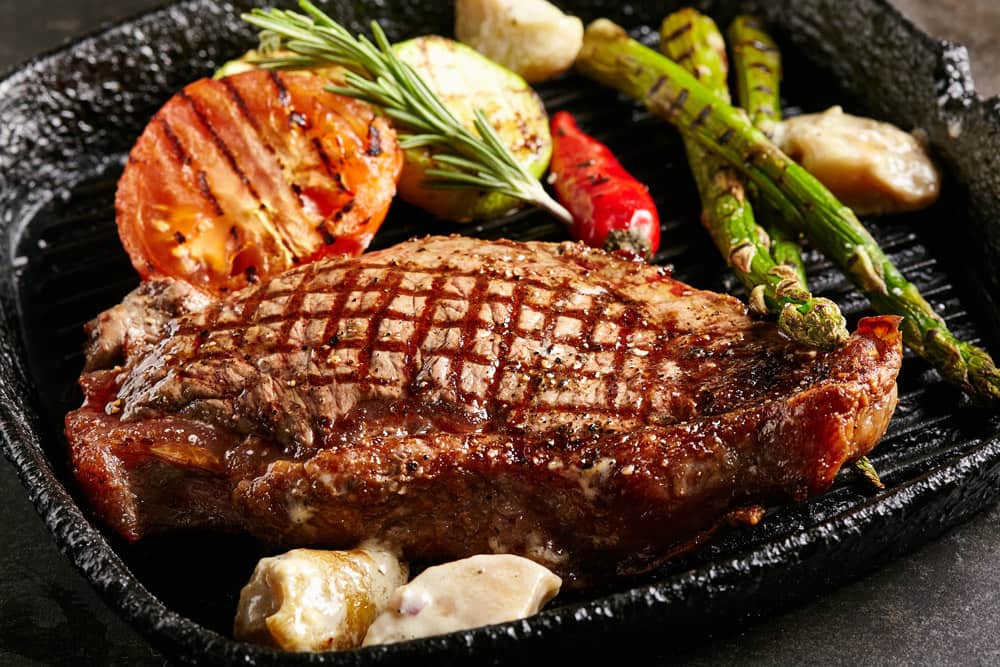 Flavour, Flavour, Flavour! Not only is bison meat becoming increasingly popular for its taste but also for its health benefits. These Bison Strip loin Steaks will satisfy every meat lover.

The New york strip is sometimes, called, Strip, Manhattan and Kansas City Strip. Lean and tender is the best way to describe this top quality grilling steak. They’re great on the grill or in a pan, this is a steak that everyone will love. With medium fat content, New York strips are tender, low in connective tissue resulting in a very tender cut of bison.

New York strip steaks contain less fat and marbling than rib-eyes, so choose New York Strip for a leaner steak that may satisfy dietary restrictions or personal preference. Both the striploin steak and the rib eye are both prized for tenderness and flavour. Because of the low fat content the New York steaks, cooks slightly faster than a rib eye so watch the temperature. The meat is fine-grained in texture with fat on one edge of the steak. 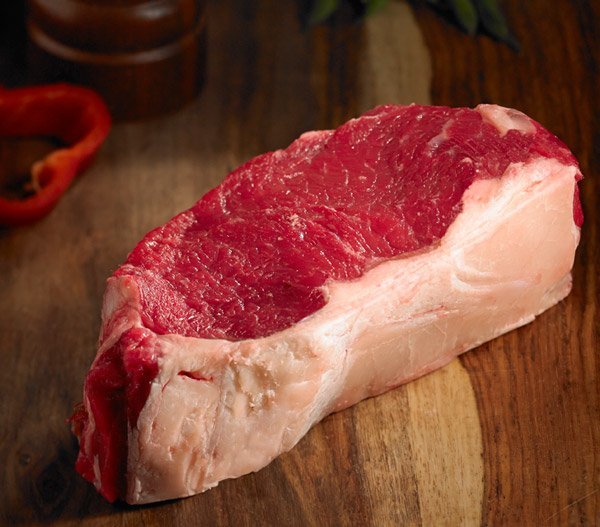 Bison steaks are cut similar to beef, but because of their low fat content they cook faster than beef steaks. Make sure to never over cook these steaks.

Use this simple Touch Test to easily check the how done grilled meats are. Well, Medium, Rare, it’s right there in the palm of your hand.

How to cook up a bison strip loin in a pan

ONLY top quality
all natural meats

Since 1997, Northfork Bison has provided North American customers with the highest quality, natural, steroid and hormone-free, buffalo and game meat for sale.

With vast selections of buffalo meat, bison meat, wild boar, and elk, Northfork has delicious meat for every need and occasion at affordable prices! Federally approved, of course.

We know that our products are of only the finest quality. But your satisfaction is of the utmost importance to us. If for any reason you are not satisfied with your purchase, please call and we’ll happily issue a credit and a thank you. It’s that simple.